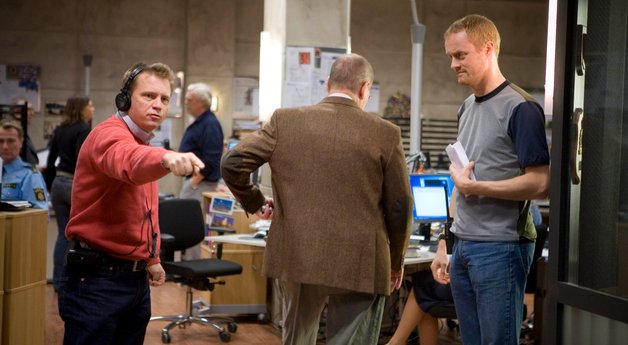 In recent years Harald has won a number of awards. Among them Kristallen (the Swedish Emmy Award) with the smash hit series The Restaurant (Vår tid är nu), that Harald was conceptual director for (pilot).

Won Prix Italia for Äkta Människor (Real Humans), Harald was conceptual director (pilot). The series is sold to more than 50 countries and has been produced as a re-make called Humans by Kudos/Channel 4/AMC.

Harald also won Kristallen (the Swedish Emmy Award) for the television series Om Stig Petrés hemlighet, (Nothing to be ashamed of), for best Swedish drama. The serie was also honoured three prizes at the international TV-festival in Reims, France; among them the professional jury prize for best TV-serie.

During the years Harald has directed a number of TV movies in the extremely successful Swedish crime series: BECK.

Harald was also nominated for an international Emmy in New York for the historical spy thriller mini-series RAMONA.

He has directed films in many genres, both thrillers like BECK and Arne Dahl - Misterioso, nominated for the British Dagger Award, or the love story Vinterviken, (Winter Bay), for which Harald was nominated  a Guldbagge (a Swedish Oscar) for best script.