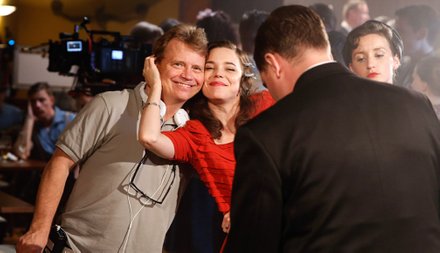 The Restaurant (Vår tid är nu) is the most watched TV series over the last ten years in Sweden, with over two million viewers.

Harald Hamrell is the conceptual director.

Now to be seen on Amazon, A Sundance Now Original series. Klick here.

The Restaurant (Vår tid är nu) season 1, has been awarded with Kristallen (The Swedish Emmy) for best TV-series.

The first season of "The Restaurant" was the biggest drama sucess for the last ten years on SVT. It had more than two million viewers in Sweden only. Click this text/link for artikel in The Local about the fantastic figures.

Harald Hamrell is the conceptual director of this family chronicle obout a wealthy family that owns one of the best restaurants in Stockholm. It starts in 1945 after the second world war and follows the family through the new Sweden.

The series is produced by Jarowski for SVT / Film i Väst / Viaplay. It is one of the biggest project that SVT has produced.

Harald is now directing the first four episodes of the third season.

Click here for link to article in Cineuropa in English about the project.

The reamake of Real Humans / Äkta Människor, called HUMANS, season 2, has been screened in USA on AMC and in Great Britain on Channel 4. A third season is under production.

The first season of series Humans, produced by Kudos, was among the most seen drama series ever on Channel 4.

The original Swedish version of Humans called Real Humans, (Äkta Människor) was written by Lars Lundström and with Harald Hamrell as conceptual director.

HERE is a review on Deadline Hollywood for the US release, (click on the video on this links site).

HERE is a review from the Guardian and the British release.

The international right for the original Swedish version of Äkta Människor ( Real Humans ), with Harald Hamrell beeing the conceptual director, has now been sold to more than 50 countries around the world. 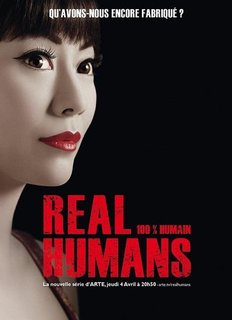 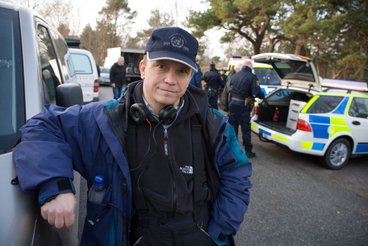 BECK - Buried Alive and Eye of the Storm, directed by Harald Hamrell has been shown on BBC.